Our little bit of snow is finally melting here in Raleigh.
It was so exciting to finally be included in the winter weather.
It was just enough, four to five inches and a couple of snow days. 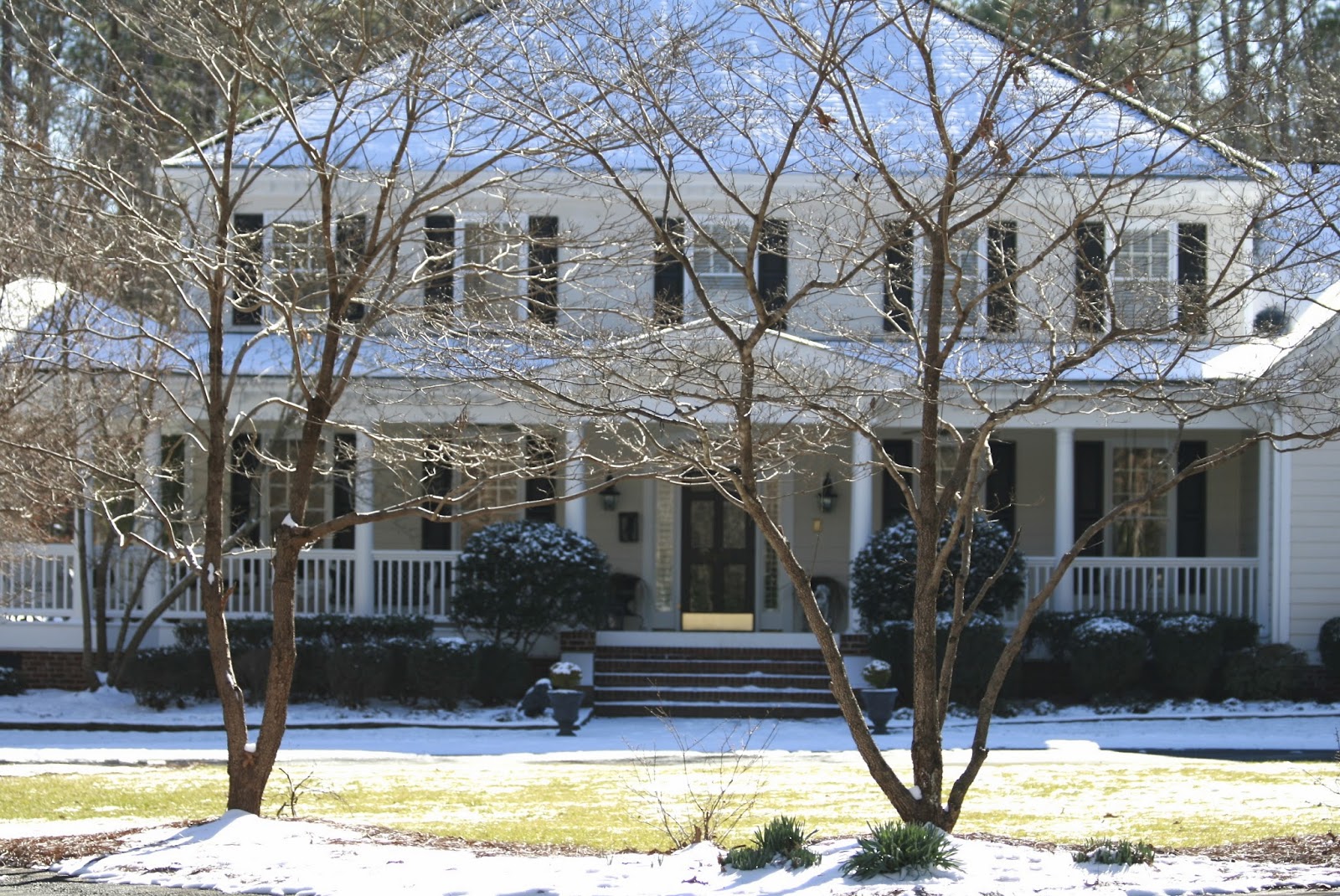 Lola and Charlie could not get enough of it.
They LOVED it.
Yesterday, after almost waiting too late, I took the camera out to take some pictures.
Charlie would not stop digging and so now he has a dirty face. 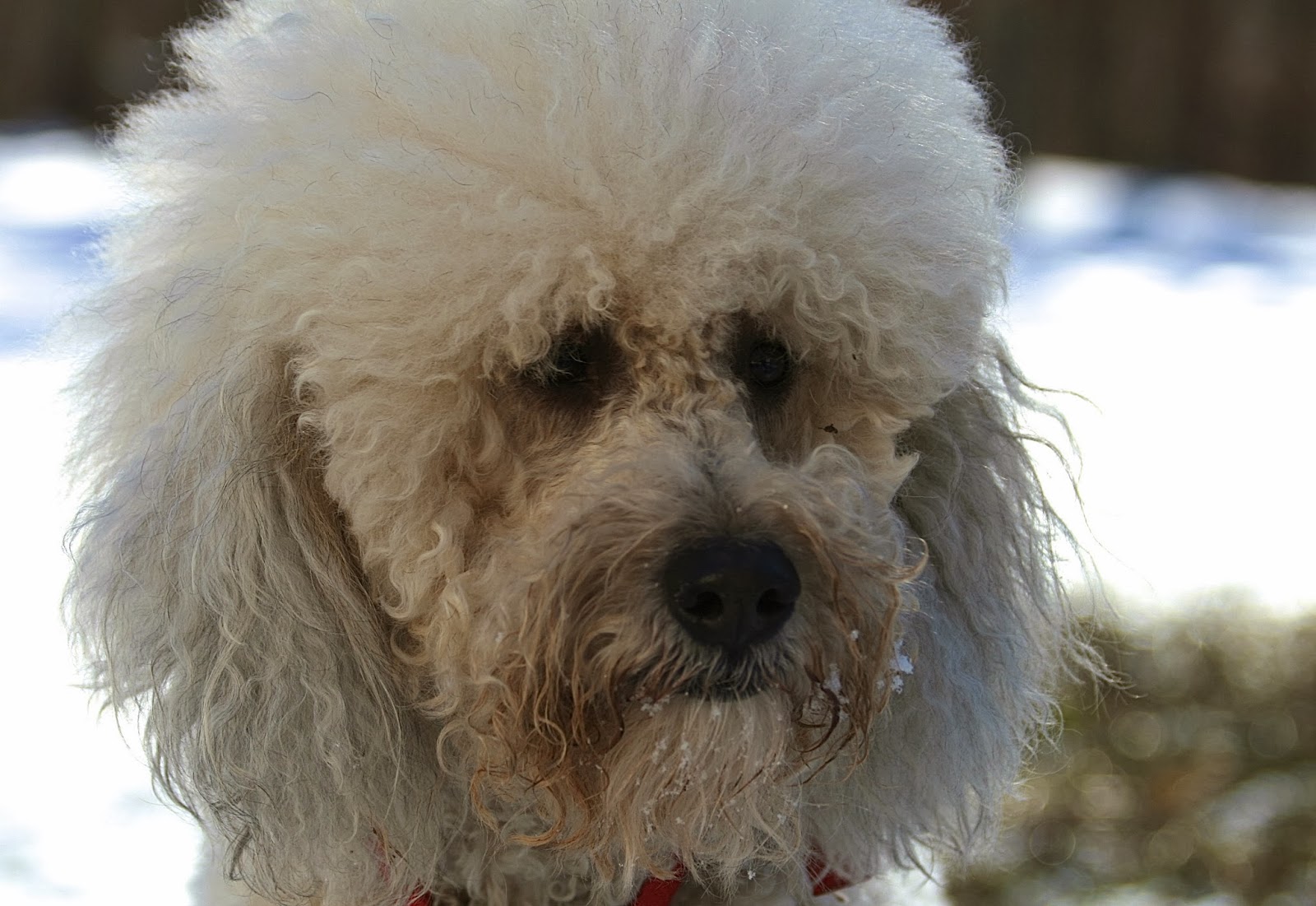 I think there are some moles moving around out there.
He kept staring at the ground and turning his head to the side as if he heard something. 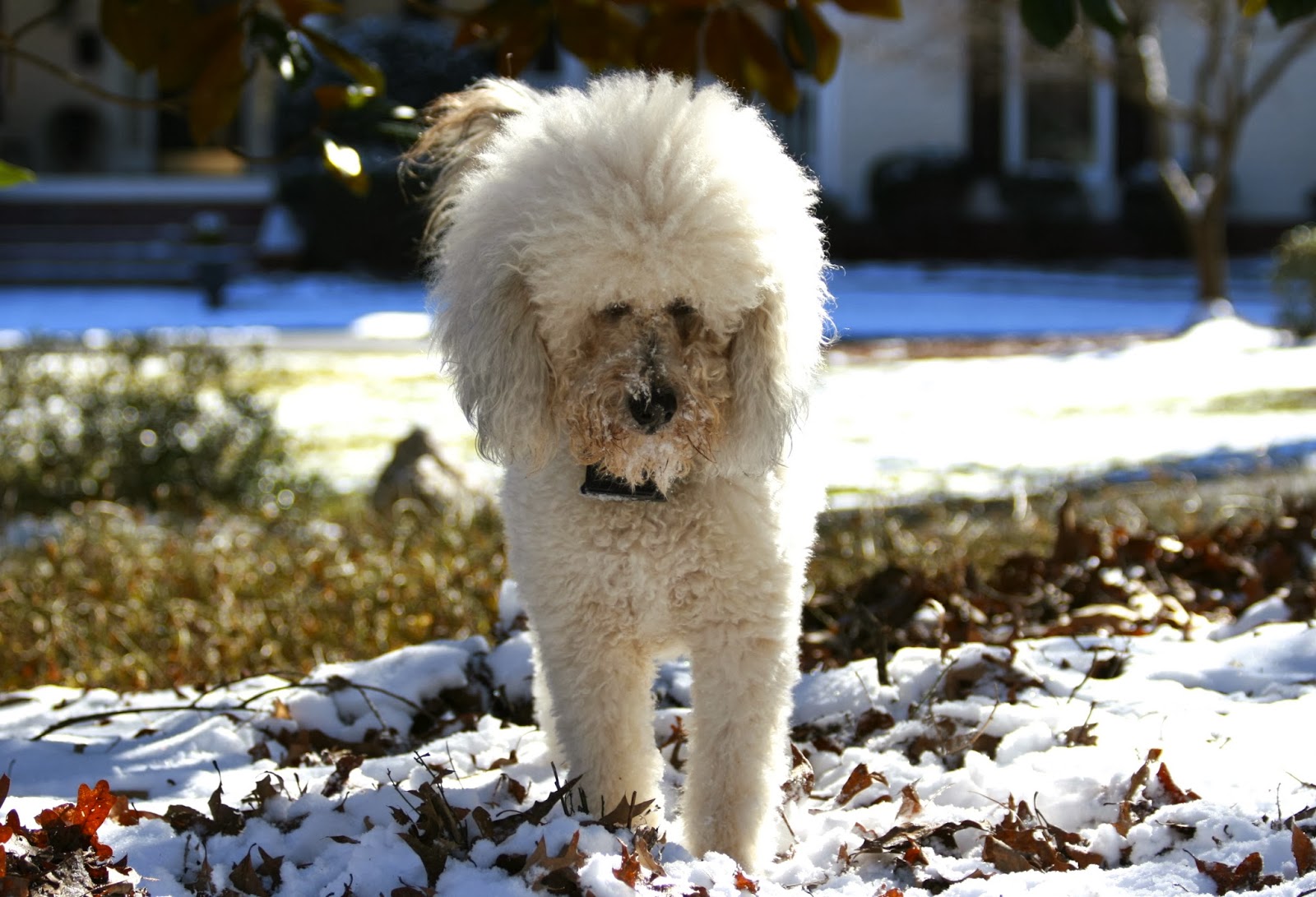 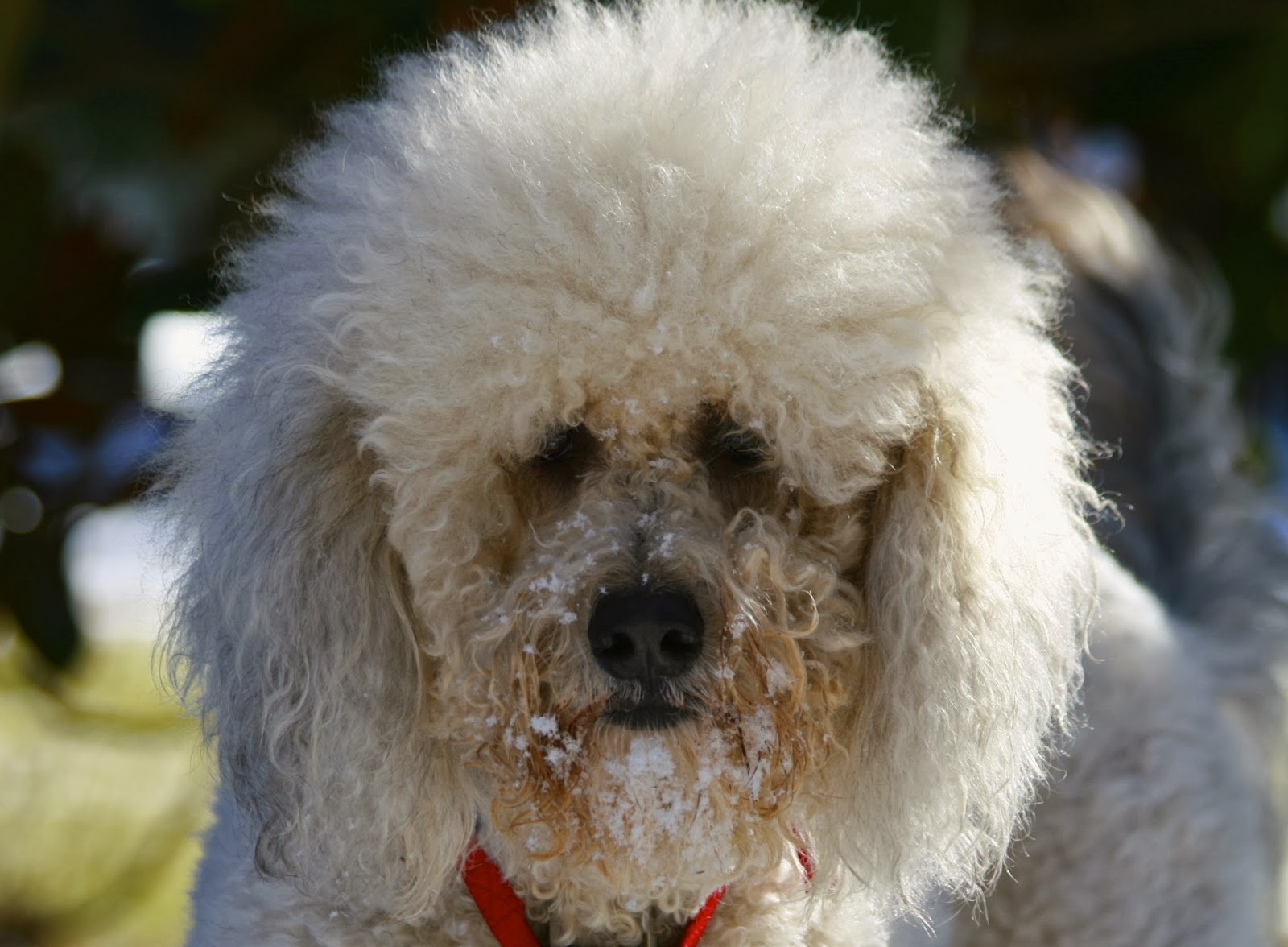 Lola (AKA…Speed Racer, The Energizer Bunny, Road Runner) could not stand still.
She was running laps around the yard. 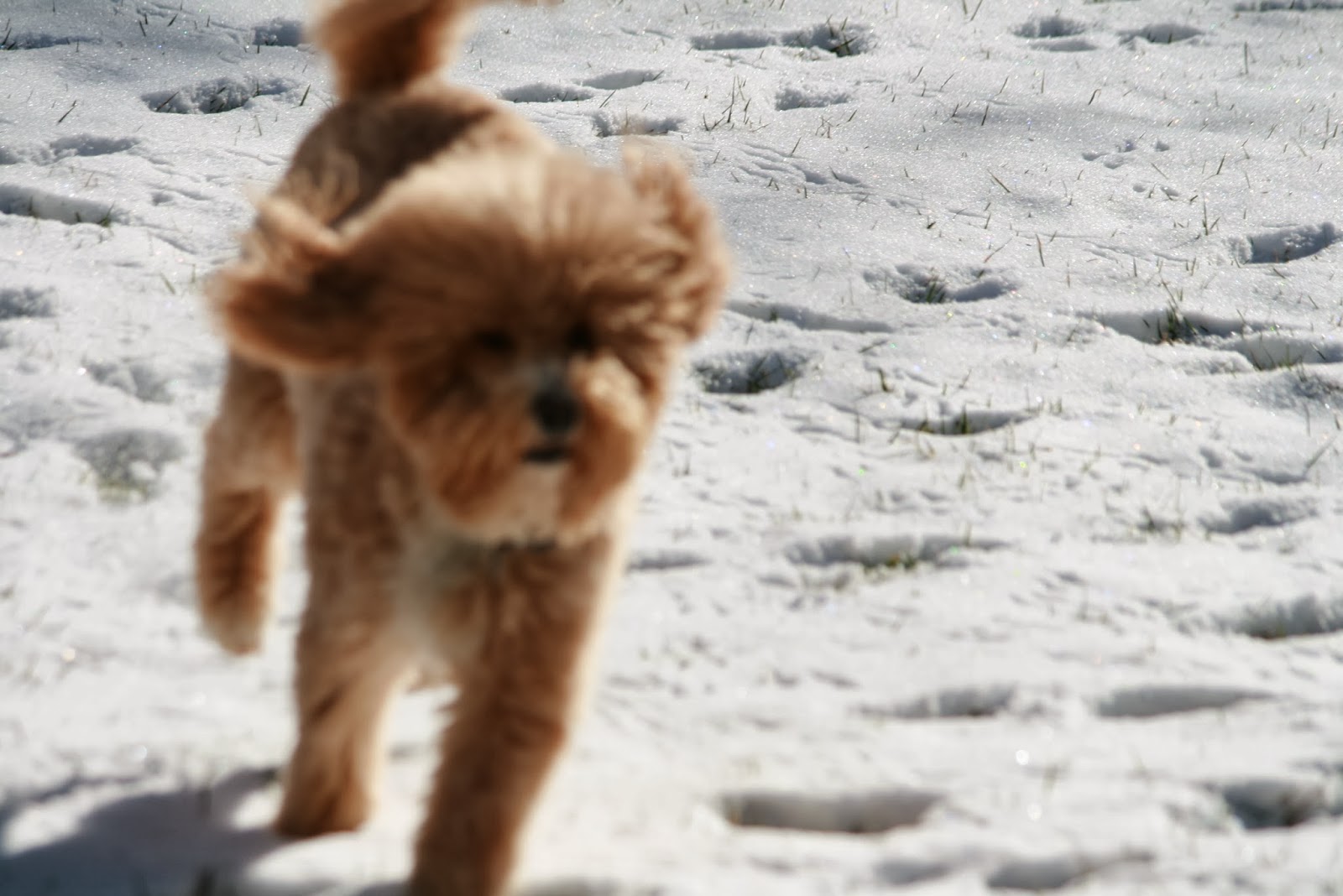 She eventually settled down… 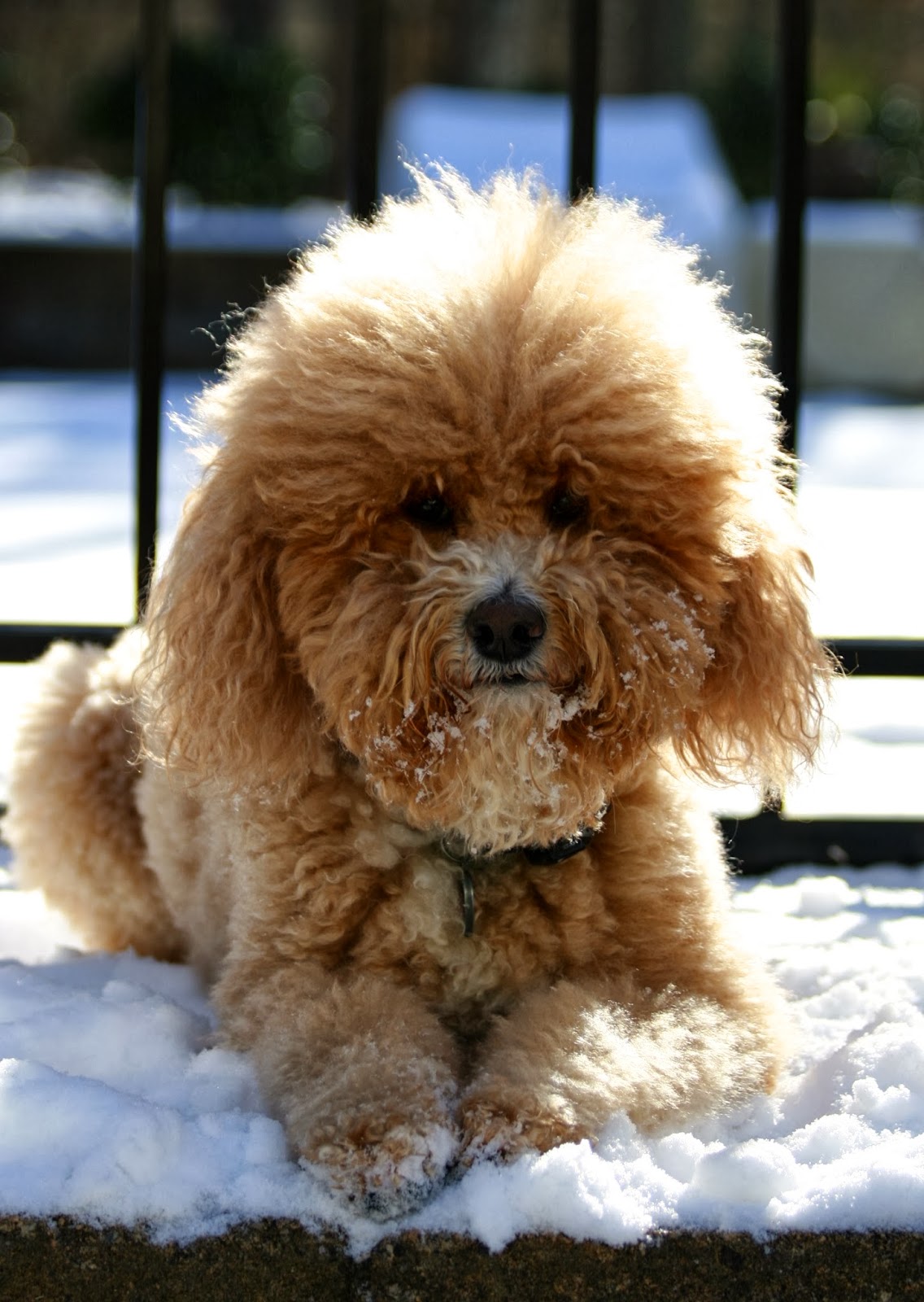 "Our" deer have been spending a lot of time in the yard.
They are not bothered by the dogs at all, unfortunately. 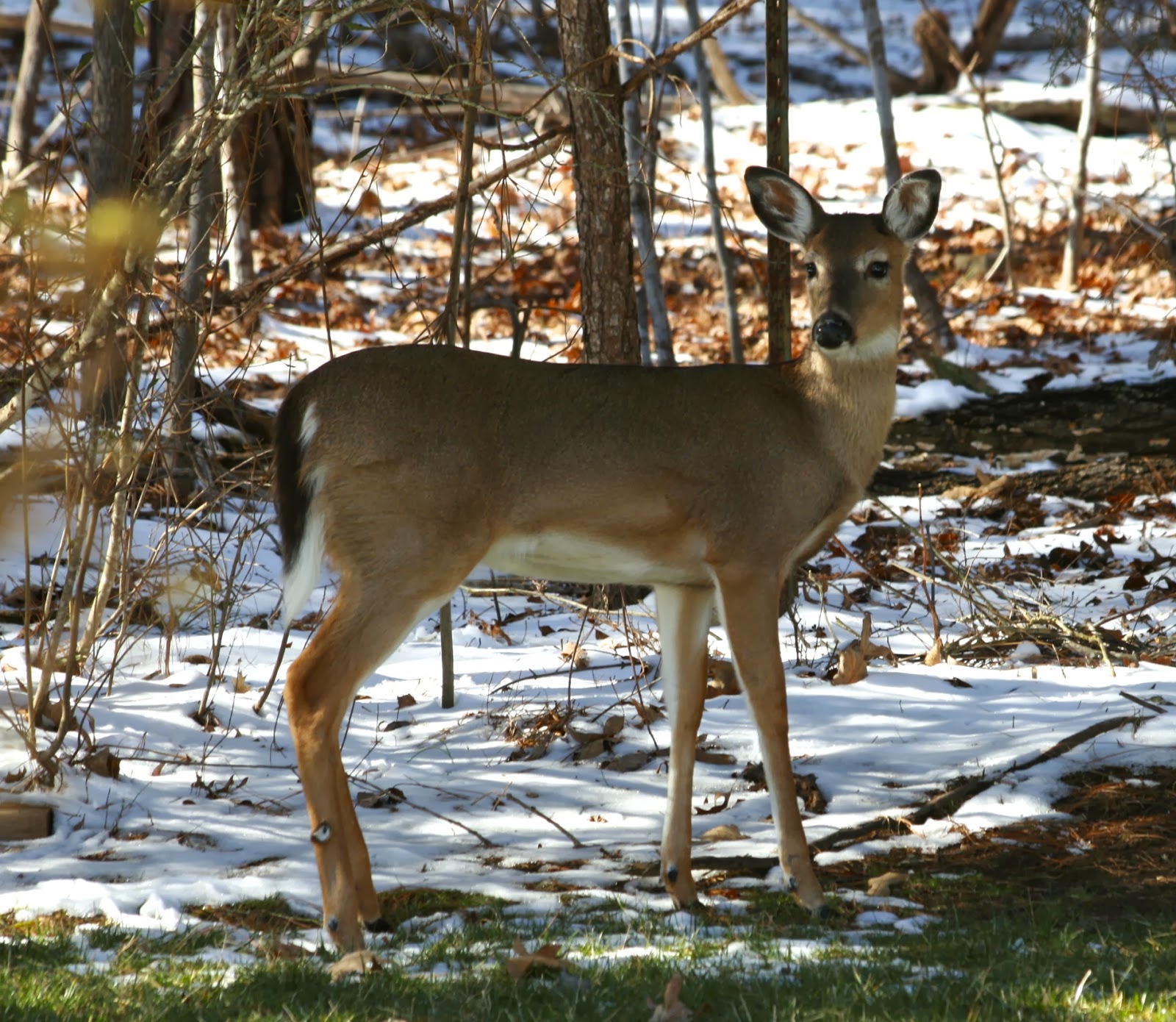 The squirels packed their house with leaves.
Every now and then they would poke their heads out to see
if I was filling up the bird feeder
what was going on. 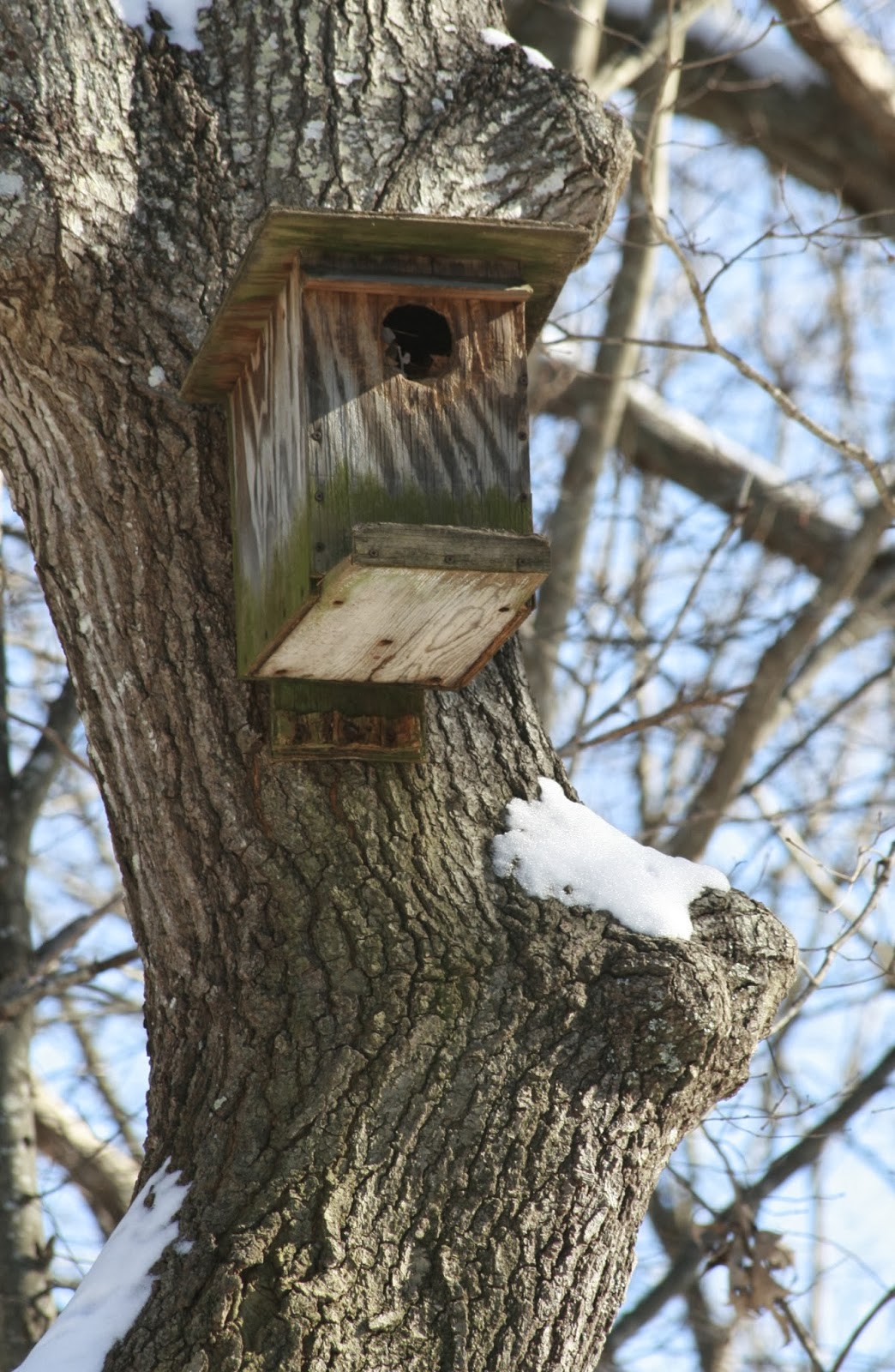 I think I could handle one more bout of winter weather - one that would keep the hubs home.
But that would have to be a lot of snow and ice because he doesn't stay home unless he absolutely has too. He does sleep in a little and will sit and drink coffee with me while we watch the news and traffic reports.  It would be nice to have him iced in just one day.
There is a long "honey do list" waiting for him!

Beautiful pictures. Wasn't sure what our dogs would think since we don't see it often, but they LOVED running around in it. You have a lovely home!

Love Being A Nonny said...

there is something exciting about a little nc snow!!!

Looks pretty! Love the pictures of the pups! I'm sick of the snow....we've had too much this year! In fact it's snowing again...I'm ready to sit on my porch and enjoy the warmer weather! Have a wonderful Sunday!

Great pics... love your house and your sweet poochies!

We only had to stay in one day, but that was enough! Love the pics of your fur babies.

The dogs hair is hysterical! It took Jax awhile, but he loved the snow too.