Brittany is finally a working girl! She was offered a posistion as a NICU nurse at a hospital about an hour and a half away from our house.   She decided not to move to the town where she is working and instead got an apartment on the other side of Raleigh, about forty minutes away from us.  She commutes back and forth three times a week to work - she works three twelve hour shifts.

She loves her job and the hour plus drive isn't that big of deal for her. I worry constantly and say a prayer every time she hits the road.  I guess since I am her mother that is what I am supposed to do.

We got her moved into her apartment the other week.  I have lost count of how many different dorm rooms, apartments and houses we moved Brittany and Brooke in and out of while they were in school, but all of that experience has made us experts at the whole process. Her apartment came together quickly and turned out very cute.  She of course would love all new furniture and everything to look like it belongs in a magazine or on Pinterest, but I think all of the hand me down furniture is just fine for her starting out and hopefully she is proud of what she does have and feels comfortable in it.

This is the blank canvas we started with. 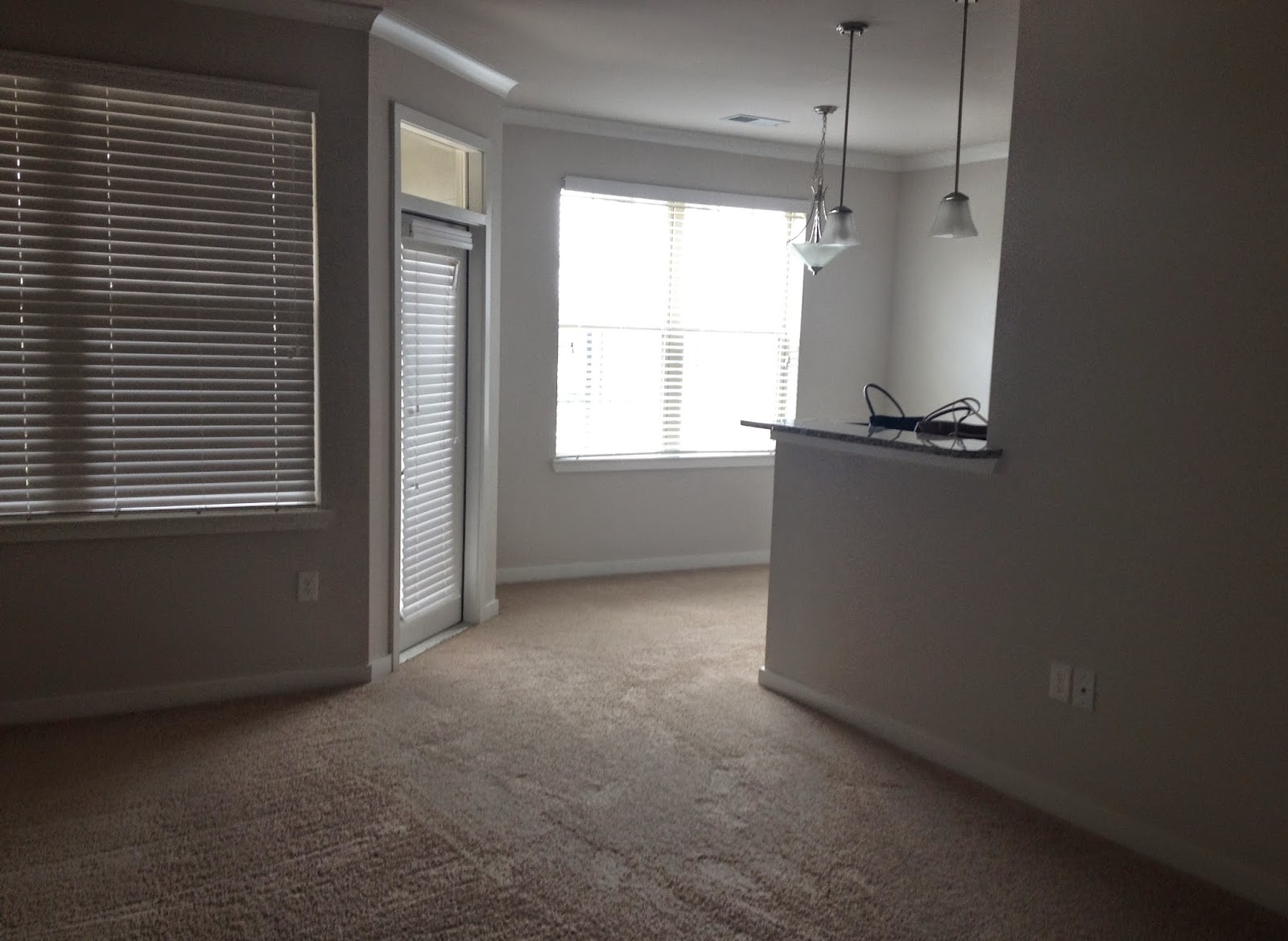 She lives in  a brand new apartment complex. It was so much nicer spending the day moving her into this place instead of the tiny dorm rooms and grungy old college houses I am all too familiar with.
I didn't get creeped out once!
(and Clorox was involved!) 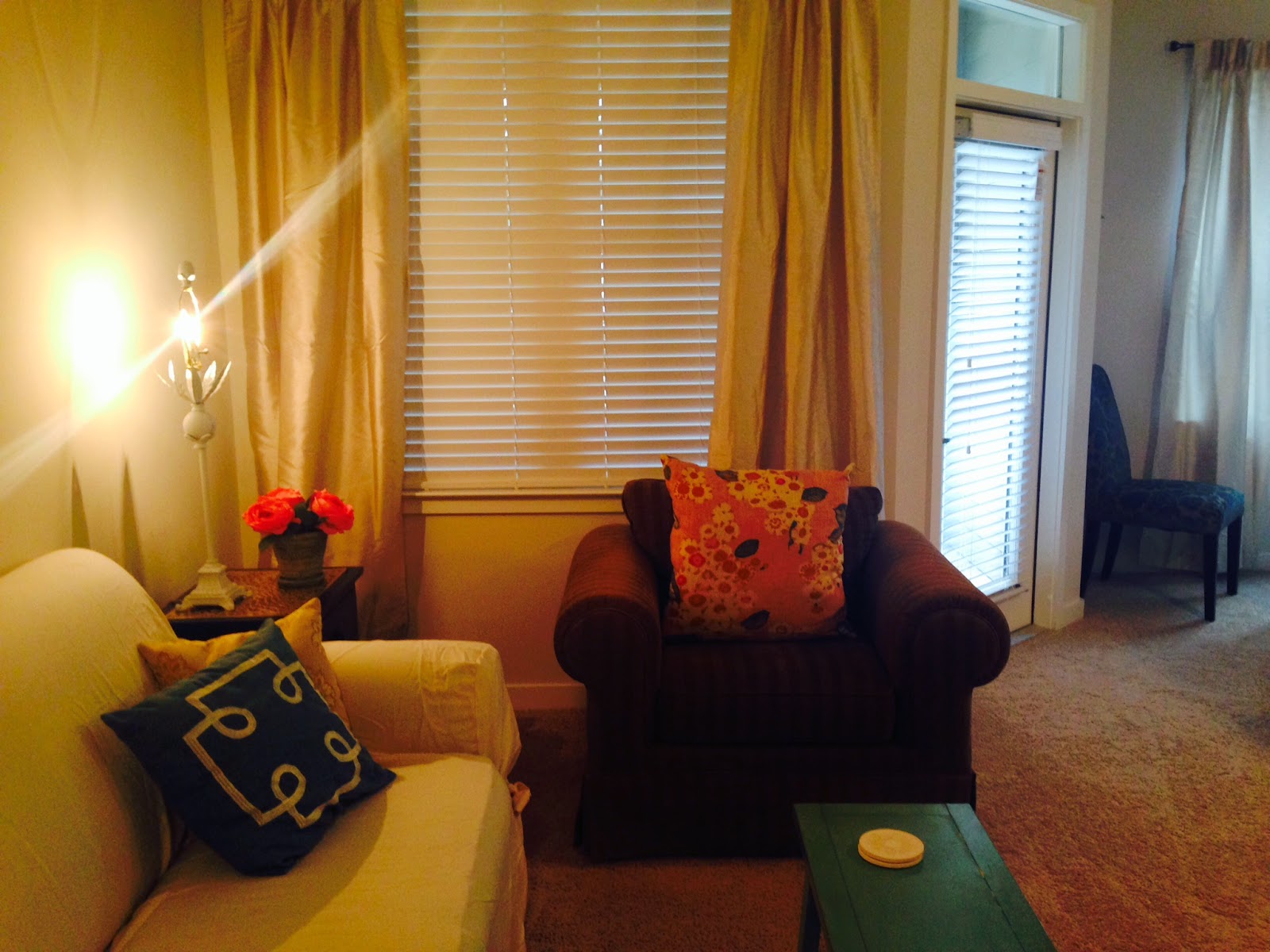 She is still missing a few things.....obviously she needs a lamp shade.... 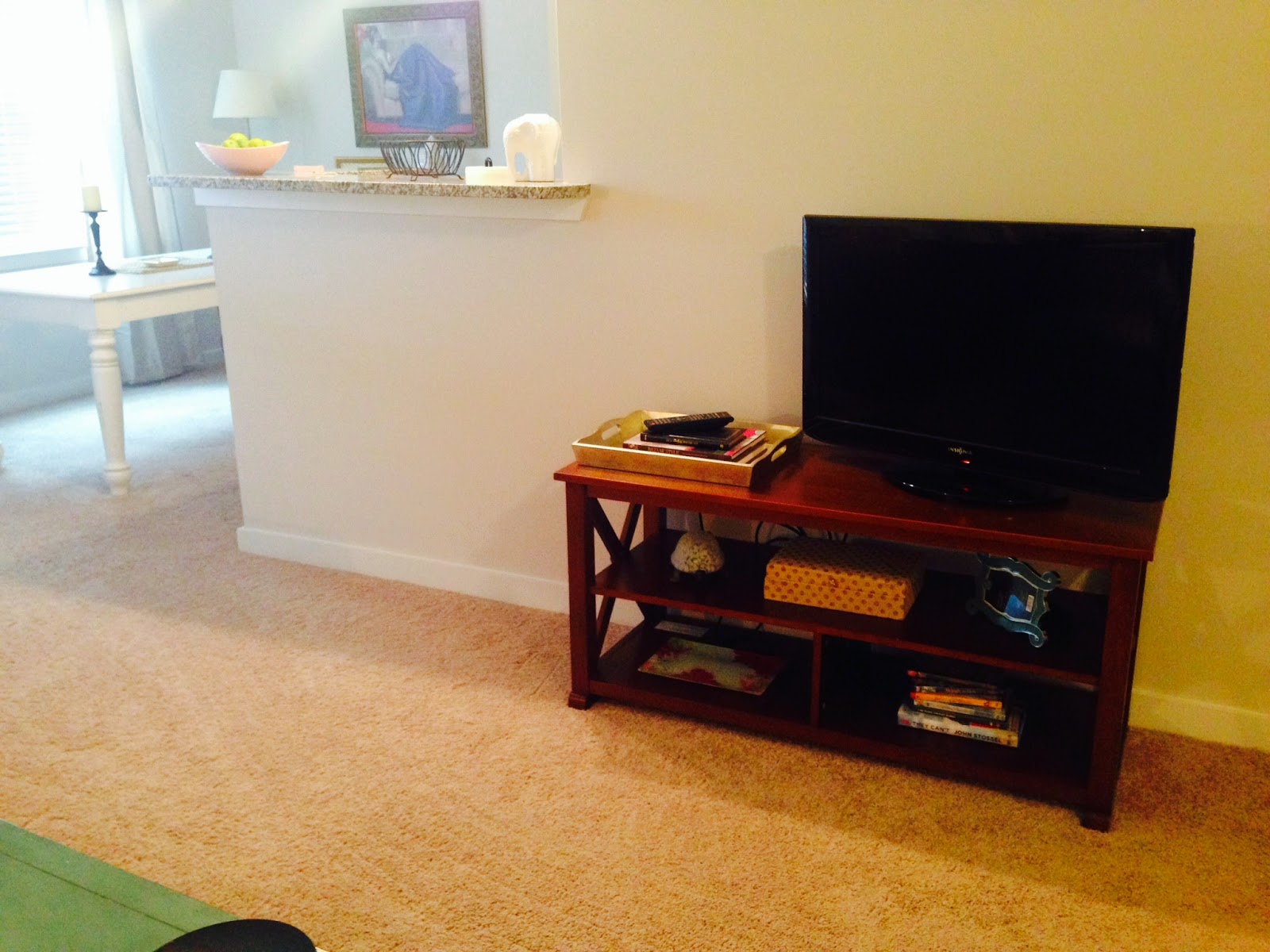 and some dining chairs 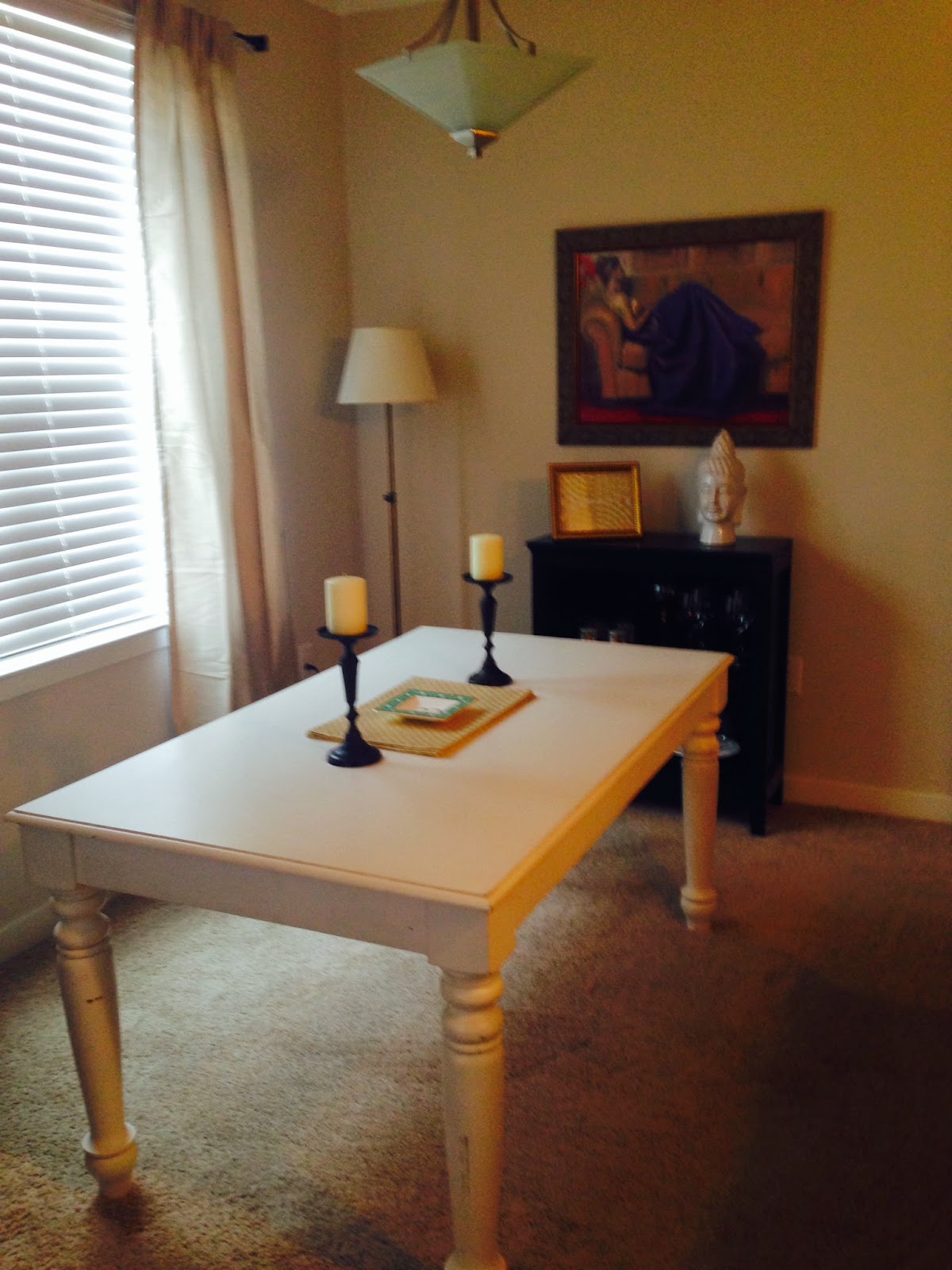 This is the little entry way.
Nice place for a thermostat don't cha think?
I am pretty positive a man was in charge of deciding where to put it. 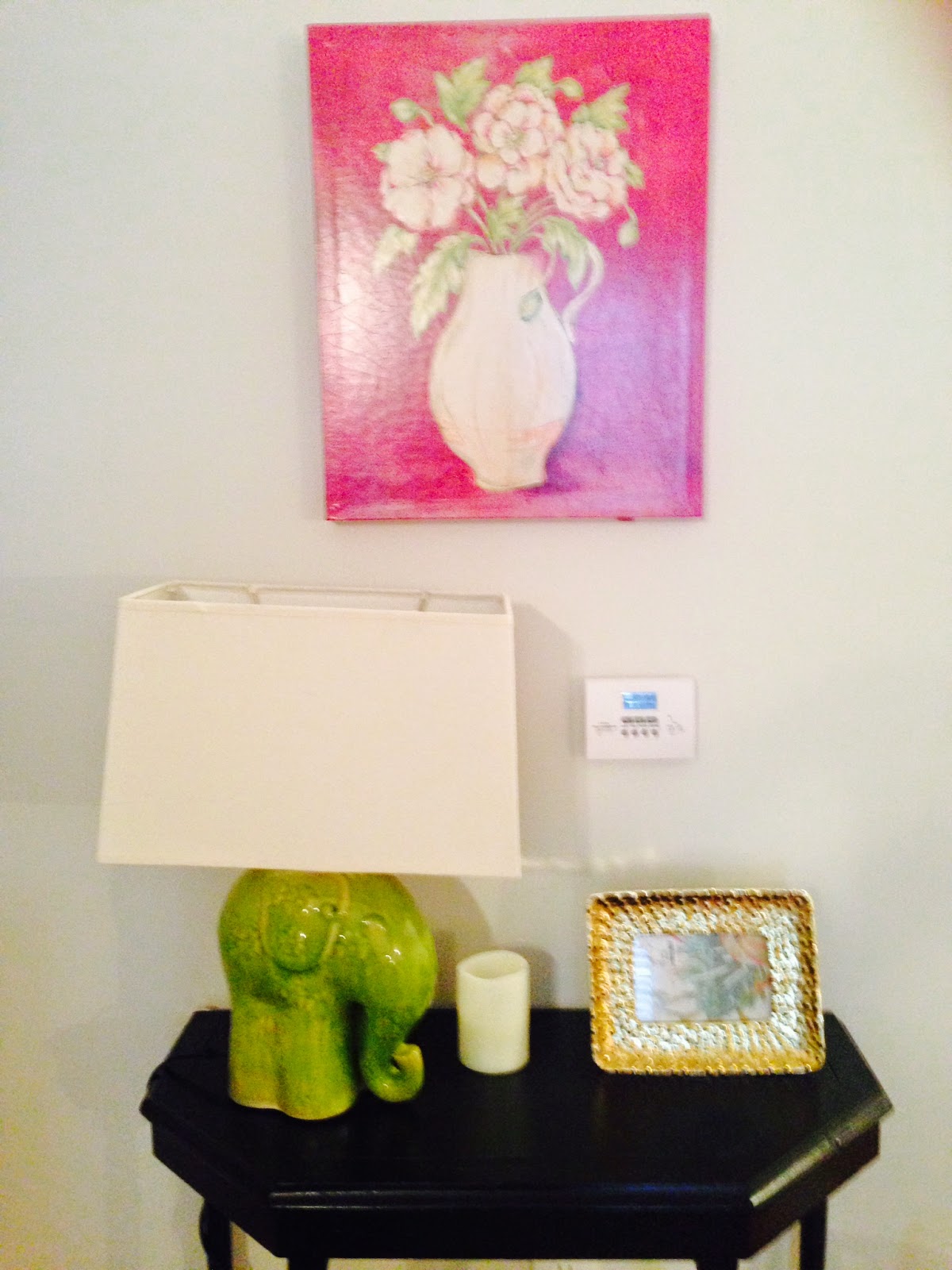 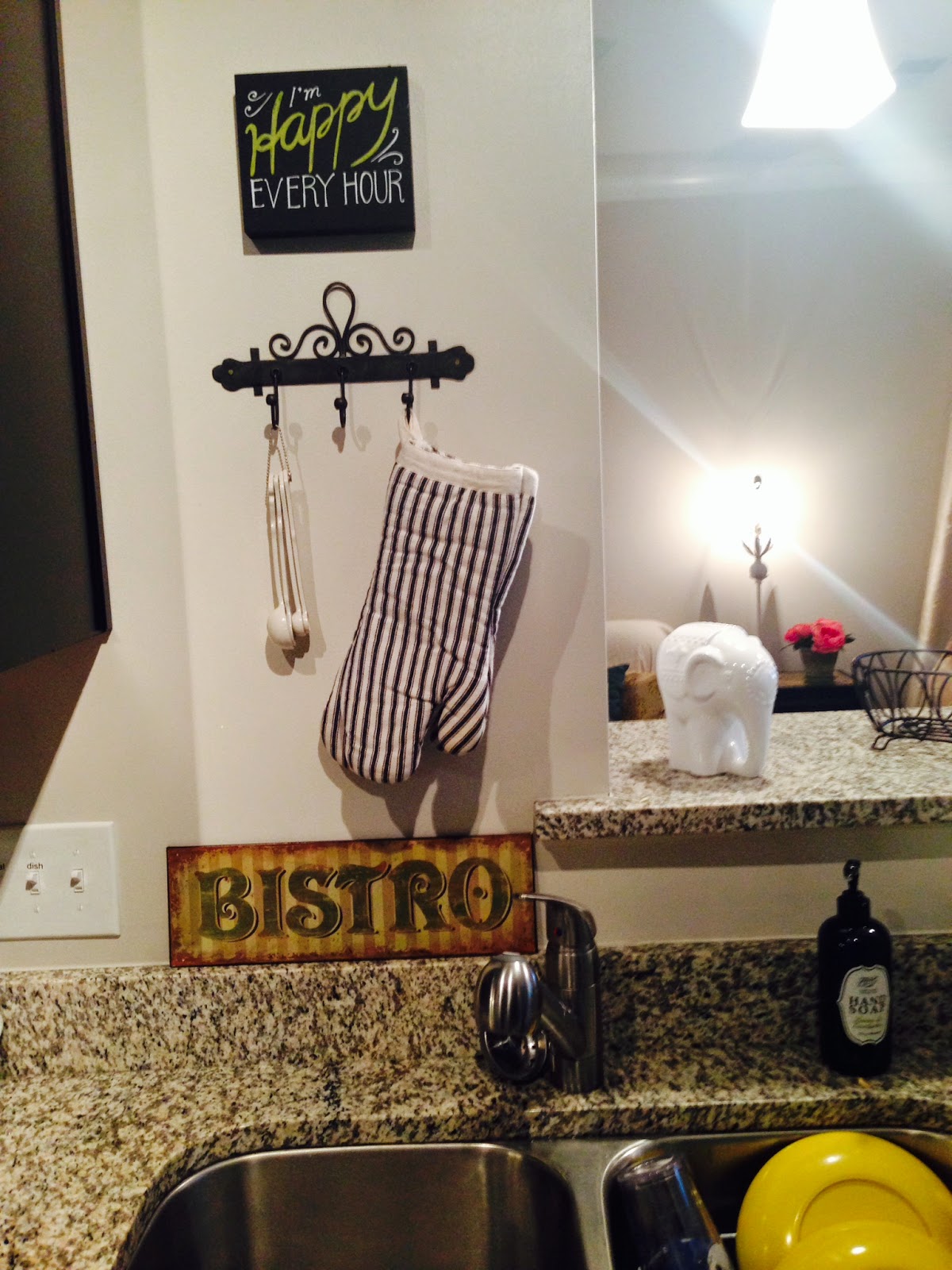 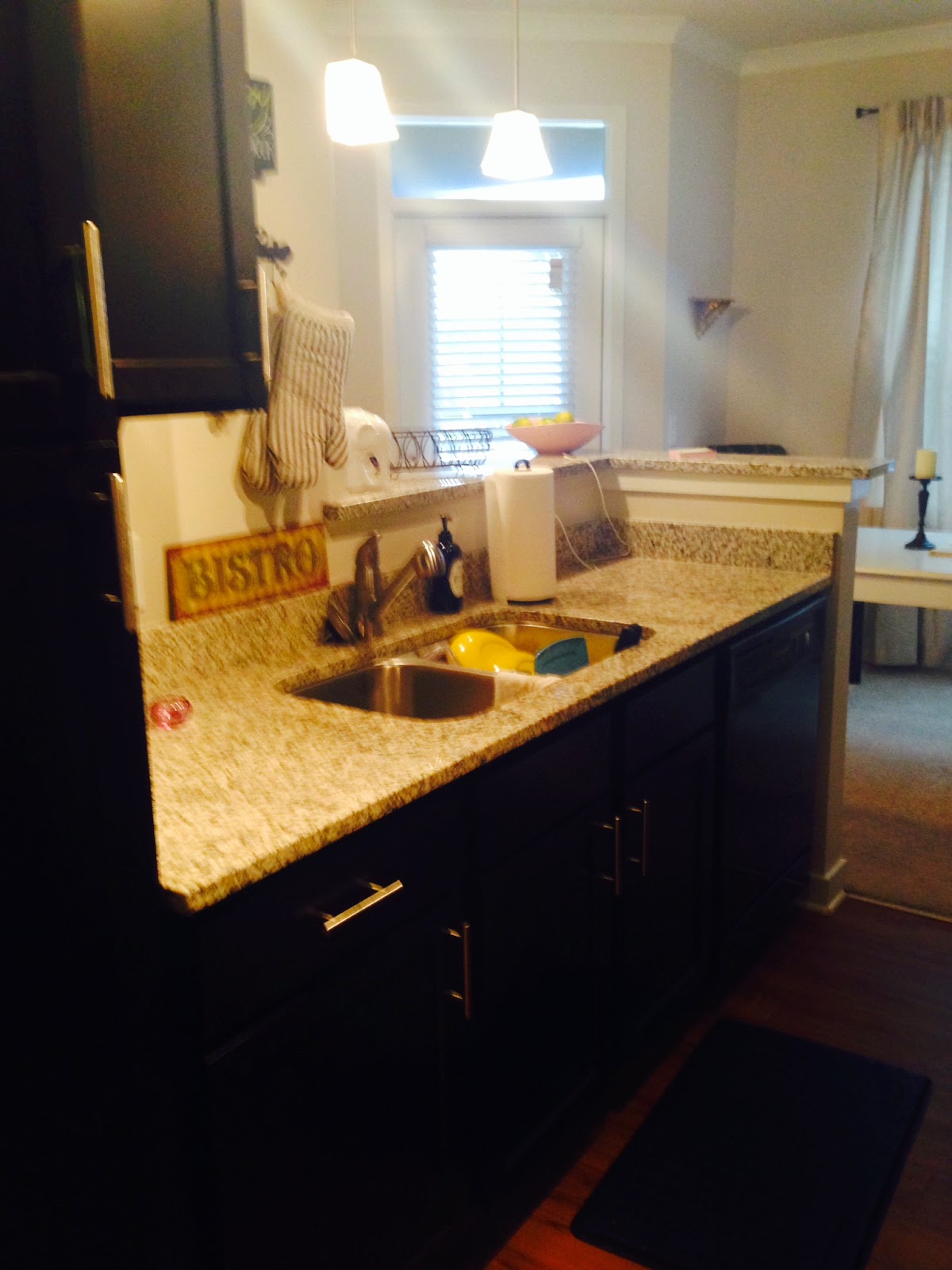 She is using the bedroom furniture that was actually mine when growing up.
Brooke painted and refinished it with Annie Sloan Chalk Paint and used it her last year of college.

A lamp has been added on the nightstand since this picture was taken and the window treatments we ordered have come in, but they obviously are not hung yet.
She also will not be using this bedding.
This is just a temporary fix until her window treatments are hung and we can get a better feel for color. 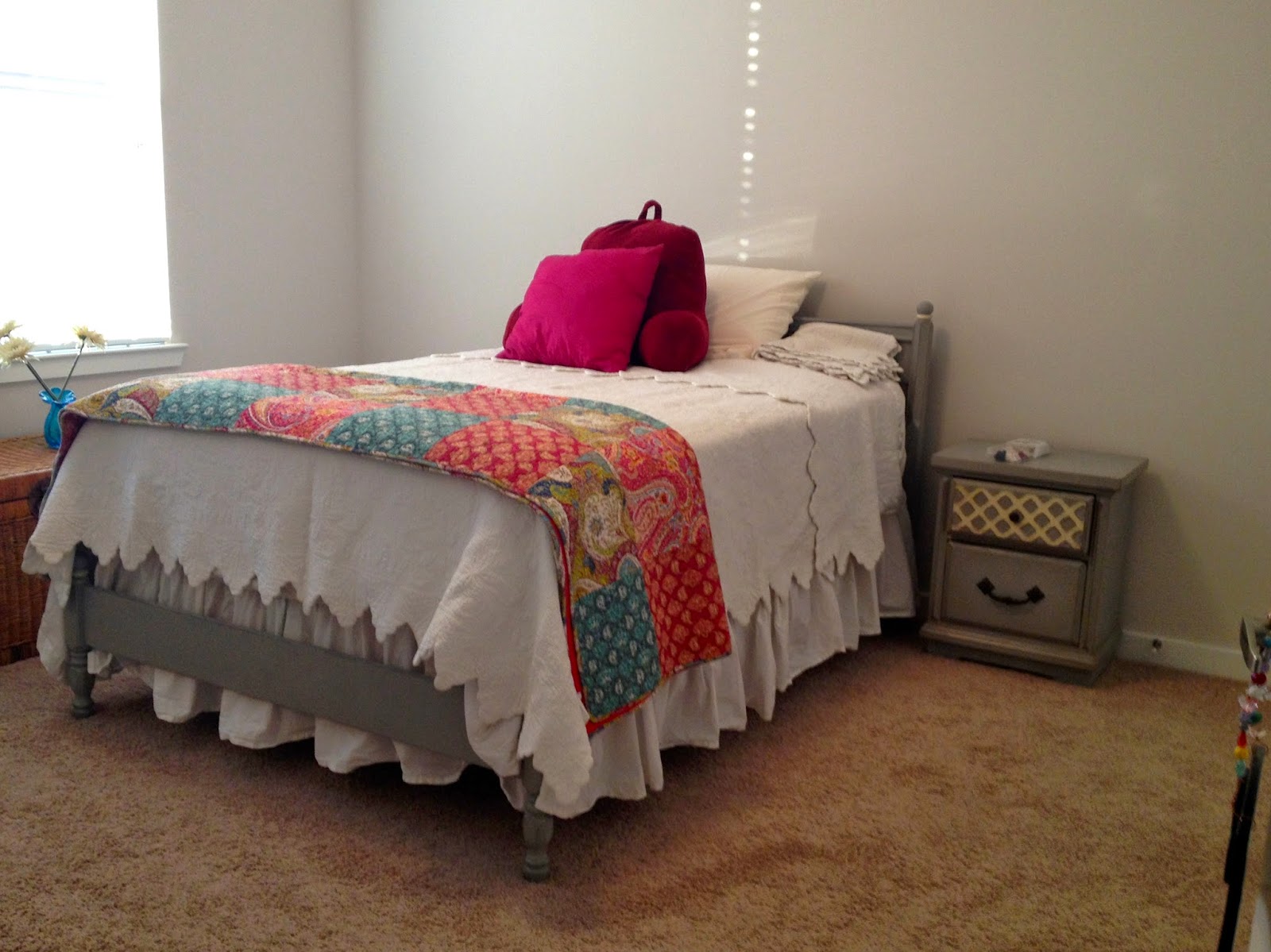 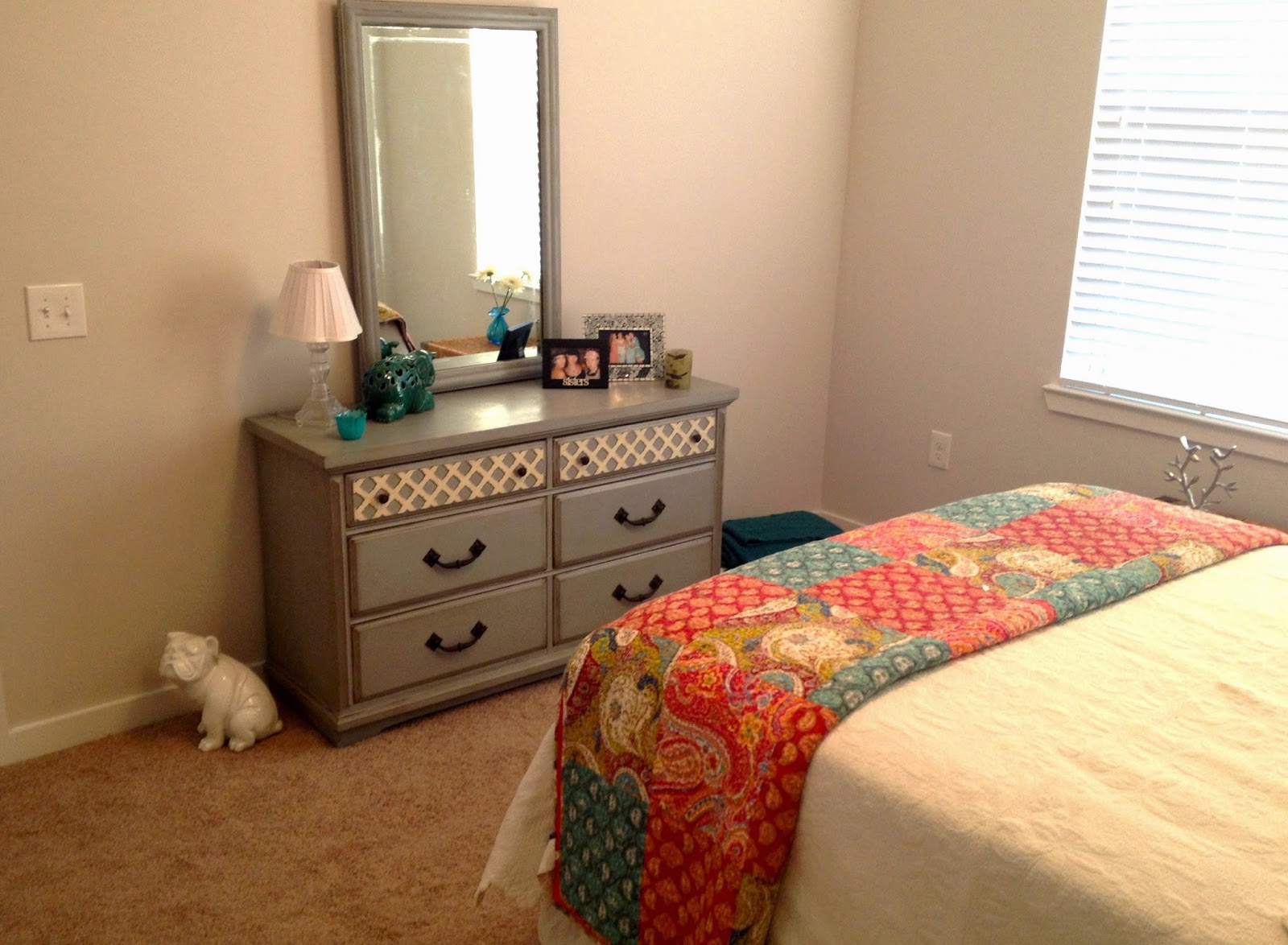 I am hoping all of Britt's long hot showers have steamed the wrinkles out of the shower curtain! 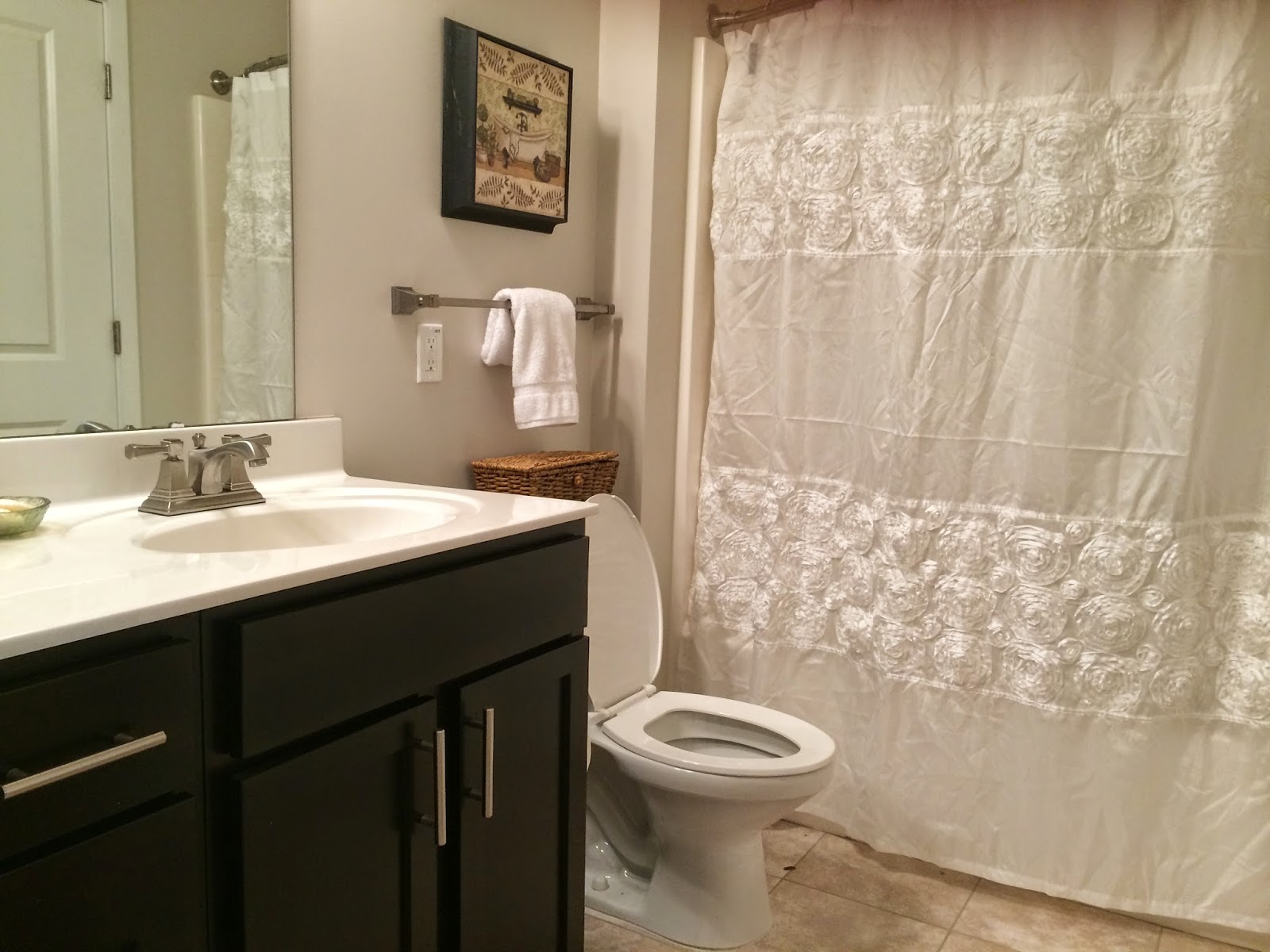 It is so nice to know that after a long night shift she has a great place to return to.  Our house certainly has been extra quiet since she left. (sigh) She had been living back home since she graduated in December and was job hunting. Now that she is gone, I again have to get used to a new routine and learn how to fill in some blanks.  Like I said, I guess since I am a mother that is what I am supposed to do! (bigger sigh)

MY BABY IS A SENIOR

I do not know how we got to this day, but today my baby girl is a SENIOR!  Unfortunately for us, summer is officially over and school has started. Gone are the days of her ladybug lunchbox, hot pink backpack with wheels and glitter shoelaces.  She has grown into a beautiful young lady both inside and out.  I pray this is a very very slow school year - but I have a feeling it won't be. 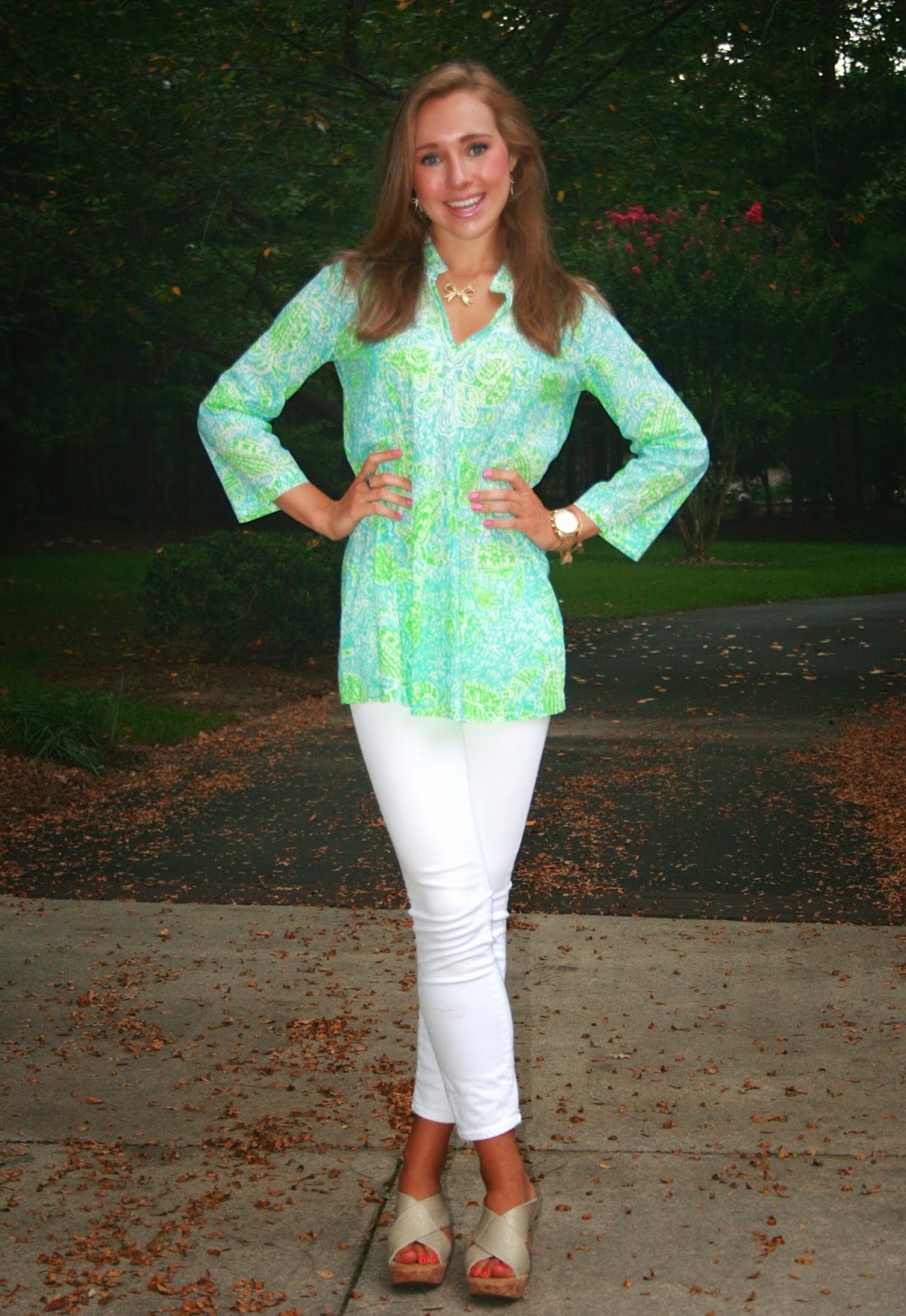 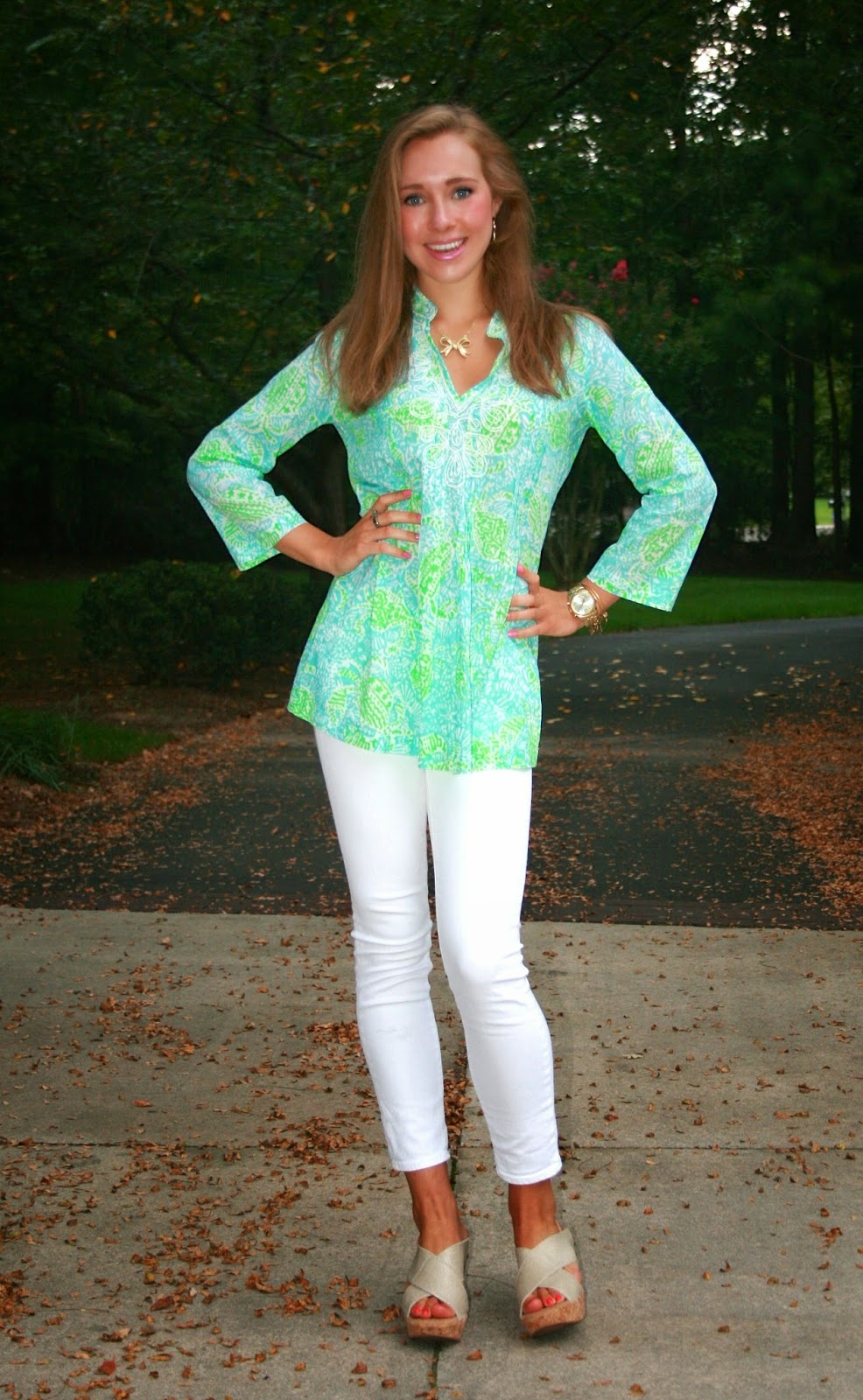 I haven't been blogging much because we have been too busy playing and having fun.  I am planning on making some changes and catching up very soon.  I have a lot of summer adventures to post about and now that we have slowed down it is on the top of my list.